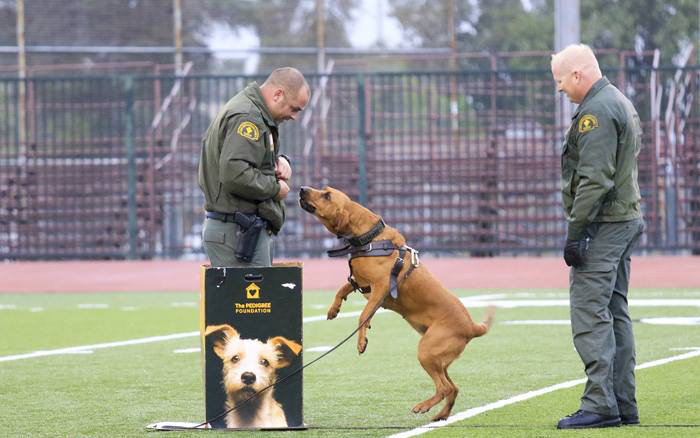 The Inland Empire Police Canine Association (IEPCA) was formed in 1997 by K9 officers from the Ontario, Chino and Pomona Police Departments. All the founding members were part of the Orange County Police Canine Association (OCPCA) and wanted to bring what the OCPCA was doing to the Inland Empire. Officer Don Mitchell of the Ontario Police Department was the first president for the IEPCA. From inception, the IEPCA has been about training, K9s for Kids program, and building relationships with the community.

The IEPCA has grown and currently has members from over twenty law enforcement agencies. In 2000, the first IEPCA Canine Show was held to further demonstrate to the public the abilities of the Police Service Dog and to build a relationship with the community. The annual canine benefit show has become an event that many look forward to every year. The IEPCA is now reaching out more than ever by having a website, Facebook, and Twitter accounts. We look forward to serving our members and the community and hope you enjoy what the IEPCA has to offer. See you at the next show!